Guest Review by Sam Dwyer- Check out his blog here!

The Red Dragon: The Bottom Line

The Red Dragon Pub is a British Style Pub here in Nagano city that features an ever changing menu of Japanese craft beers. Most of these beers are local, some are from further prefectures. Aside from beers there is some unreal pub style food that is extremely rare outside of bigger cities like Tokyo or Osaka. The atmosphere is warm and inviting on a regular night, but if there is a big sport game happening expect a loud, fun time. If you find yourself in Nagano I definitely recommend checking out this bar. You can get a taste of what some local breweries are doing and have some delicious pub food you won’t find anywhere else in this city easily.

The Red Dragon: The Main Review

Back in Australia, no matter how bad a week I was having I knew I could look forward to Friday night when I would ride my bike around the corner to the local fish and chip shop, before cruising by the bottle shop to pick up some Pabst Blue Ribbons. Since moving to Japan I have been able to keep this ritual of hope alive thanks to the Red Dragon Pub here in Nagano city.

The Red Dragon is a British style pub. Once you leave the bigger city areas like Tokyo and Osaka, you will notice that non-izakaya style bars become rarer and rarer. Nagano, thankfully, has a few craft beer focused pubs. At The Red Dragon, there’s no table charge, and the pub is non-smoking.

The coolest thing about this pub is the Guest Beer menu. Every times I visit this pub there are new craft beers to try. Most of them appear to be from Nagano prefecture, but there are some from further prefectures too. These must change about once a week, or however long the beer lasts. Even the bigger craft breweries deliver small kegs of beer that don’t seem to be available anywhere else around here. This is a great way to try different beers and to discover new breweries to keep track of.

Apart from the rotating craft beer selection you will find Bass Pale Ale, Guinness and Premium Malts. The massive shelf of spirits behind the bar would lead me to believe the bartender can make you just about any drink you could think of, I have never ordered anything but beer here though. The Anglo Japanese Brewing Company seems to be a recent mainstay within the guest beers. This brewery operates about an hour up the road in a town called Nozawa Onsen. The beer was fresh, cold and delicious. I’ve been meaning to check out the brewery itself, but I can’t work out a way to get myself over there without driving. The bartender had rigged up this device to add more hops to one of the brews. I had never seen something like this before. I didn’t realise it was hops at first and thought he had rigged up something else that could land you in jail for a long time in Japan.

I also tried a beer from Tamamura Honten. If you walk into a shop that sells craft beer around here, I guarantee you will see a Shiga Kogen beer. They make so many different styles, so I was pretty surprised when I saw this beer available, which was a small batch, draught only beer. There must be some really creative dudes working at that brewery.

At first the prices seem a bit steep. Sometimes reaching 1400 yen for a 420ml glass, not even a full pint where I’m from. But I believe these prices are honest and fair. Some of these beers really aren’t available anywhere else, existing as draught only with hand written tap labels. Some of the featured beers come from small or emerging breweries here in Nagano. The regular beers are all around 800 yen a pint, which is about standard in Japan. Also until 7pm there is 200yen off every draft beer.

The food menu is quite large. But I rarely get anything other than the Fish and Chips. Eating the fish and chips here is a temporary homesickness cure for sure. There is heaps of good stuff on the menu including a bloody meat pie!

How to Get to The Red Dragon

The Red Dragon is located a short walk from Nagano station on the Nagano-Dentetsu Nagano Line in Nagano prefecture. It’s about a 2 hour trip on the Hokuriku Shinkansen from Tokyo. 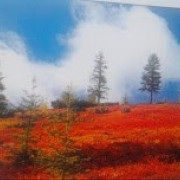 Sam Dwyer lives in Nagano. His favourite things are beers, mountains, forests, heavy metal and KFC. At the moment he makes a living as a teacher, but hopes he can make a career out of his chicken eating and beer drinking skills in the near future.

Advertisements
Liked it? Take a second to support BeerTengoku on Patreon!